Below is a list of movies that have influenced my personal philosophy through the power of their story telling.

Based in the novel by Chuck Palahniuk, Fight Club really spoke to how my friends and I were feeling at the time about the world.

The Matrix offered us a glimpse into a future we are still becoming.

This movie got me excited about watching movies that came from other countries.

This black and white film by Darren Aronofsky about the insane world of mathematicians blew my away while introducing the world to this amazing director.

6. The Harder They Come

This is one of the first movies about Jamaica by Jamaicans highlights the pitfalls of stardom.

7. Fast, Cheap and Out of Control

9. Salt of the Earth

Blacklisted for labor and immigrant issues.

One of my favorite things has always been to recommend bands to younger people. As I’ve been getting older, sometimes they recommend music to me, but for the most I have still been able to keep with new bands and new music, but still I think it’s important to get a taste of the range in different genres, and especially to learn what has come before.

Below is a list of bands I like that I’d burn or recommend to a student that told me he liked punk (whatever that really means now) music. In no particular order…

So I will admit that anytime I sang in high school with the Scrubs and later Crying Laurel, I was always pretty much just trying to sound like John Lydon, (Johnny Rotten). These guys have been written about enough, and love or hate their attempt to continue to tour while being the same age as my parents, their emergence was prolific. 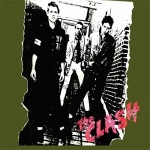 As I got older, I really began to appreciate the Clash more and more. Once I became politically aware, the Clash’s message becomes much more radical than that of the Sex Pistols. The Clash also managed to age much more gracefully probably because of their point of view is much more informed and mature. 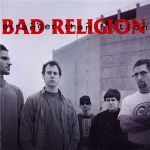 I love this band. They’re intellectuals. They’re political. Greg Graffin is a college professor, and his solo album Cold as Clay, was also pretty damn good. I used to ride the train in high school, and while I listened to “Stranger Than Fiction”, I felt like I was listening to stories about the future that we are still all becoming.

This band became Mars Volta, which is also an awesome band, and a lot of the newer stuff that Omar Rodriguez-Lopez is doing is just way ahead of its time. But there was a certain energy to At the Drive-In that is only found in those albums. 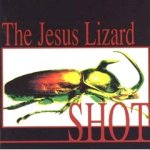 Being that they never reached the success of Nirvana, those of us from Chicago always felt like the Jesus Lizard were our own secret. The energy. The angst. The noise. And a hint of weirdness.

The combination of vocals is freakin’ awesome. They’re from the Seattle area for whatever that’s worth, and though I found about this band pretty late, they quickly became one of my favorites. 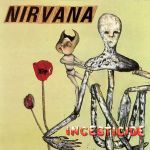 Perhaps over-rated for some, but I was 12 when Nevermind came out and barely discovering music. Nirvana changed my life, and made high school so much more tolerable because those that identified with not identifying could easily identify each other because of our identification with the band and what they stood for.

This band determined who were the posers, and who was really into grunge and punk for my friends and me. The members went on to form Pearl Jam and Mudhoney. Anyone interested in what was going on in Seattle in the early 90’s had to check these guys out to understand the full story.

9. Rage Against the Machine

Rage Against the Machine’s members all had roots in hardcore scenes. So it was easy for someone like me that really didn’t like rap music at the time. Rage changed all of this for me. The music still had the energy and edge of the bands I liked, but I was also able to appreciate Zack de la Rocha’s rapping style, which at moments had more in common with hardcore screaming than rap. Their politics also introduced me to the history of the world.

Without sounding too much like a punk snob, but if you don’t check out Iggy Pop then you have no business saying you like punk rock music. Yeah he’s old, but this is where punk started, especially his work with the Stooges. Fortunately, the movie, Trainspotting, helped him become relevant again.

I know there are a bunch of other bands I could have named, but these are the ten bands that I chose today, maybe if someone had asked me yesterday or two days ago, I would have said something else.